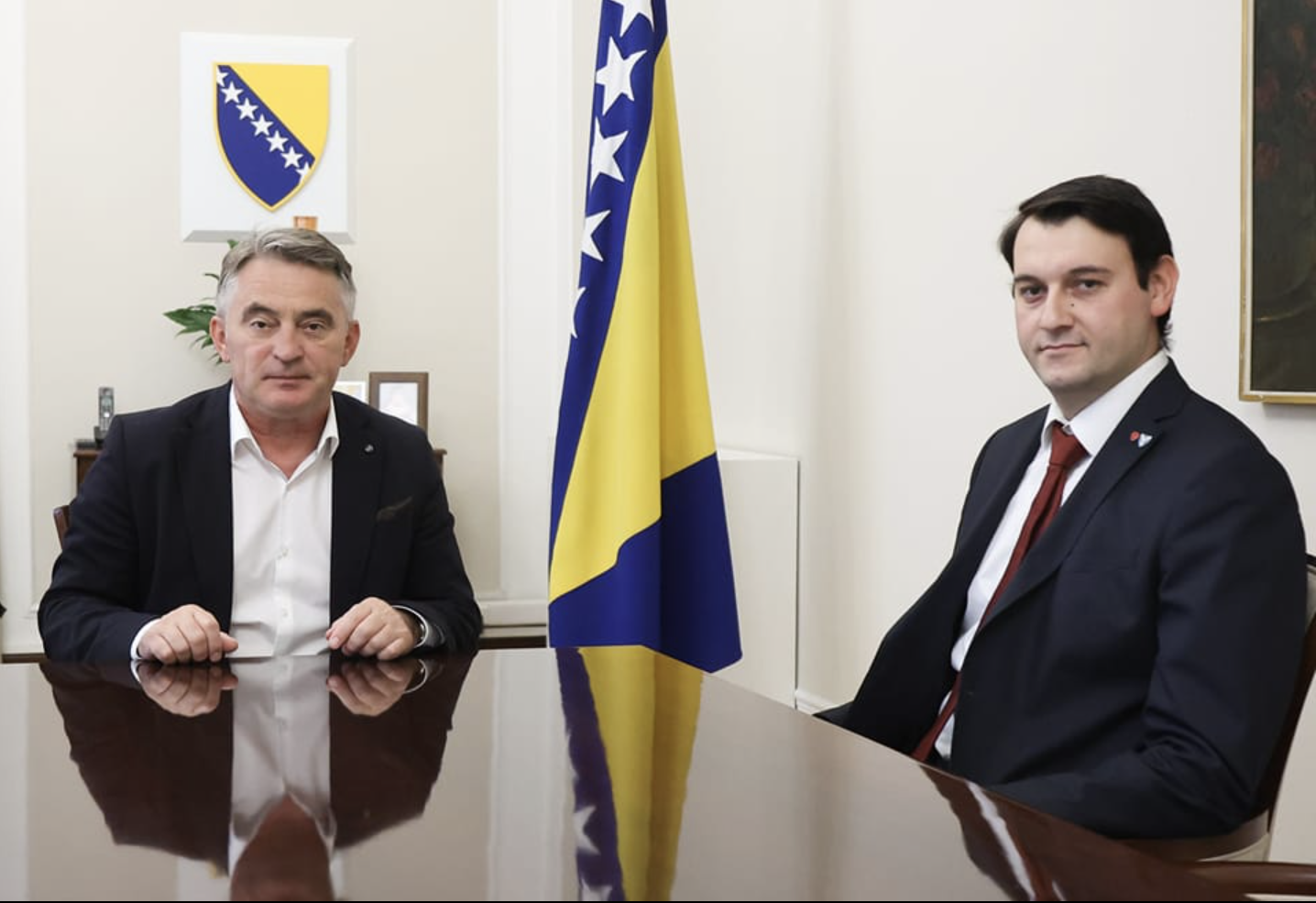 President of the Norwegian-Bosnian Chamber of Commerce Ahmed Lindov met with Zeljko Komsic, the current Croat member of Bosnia and Herzegovina’s Presidency.

The two spoke about how quickly the economic relationship between Norway and Bosnia and Herzegovina is growing.

“It is always a pleasure to talk to young and promising politicians, and one of them is Ahmed Lindov. Ahmed is a prominent Norwegian entrepreneur of BiH origin, and as a member of the Social Democratic Workers’ Party and president of the Norwegian-Bosnian Chamber of Commerce, he is actively working to improve relations between Norway and Bosnia and Herzegovina.

“Thank you to Norway for showing full support to BiH on its Euro-Atlantic path and for supporting the democratic organization of our country in such a way that every citizen is protected by the Constitution and laws as an individual with all his rights,” said Zeljko Komsic.